East of the Sun

(Repost in Preparation for Part II next week)

There is a peasant in the woods, and his family is large and he is poor and his children are terribly ill.

One day, a large white bear comes up to him in the woods and says, “Hey, man, if you give me your youngest daughter I’ll give you a ton of money and your crops will prosper and your kids will be healthy.”

And the father is all like, “Excuse me? We do not just give people away. Especially to talking forest creatures. She’s a person, not a pair of spare boots.”

He pauses, considering the general financial situation of his family.

Initially, our girl is not wildly enthusiastic about this opportunity, and hey, who could blame her? But things are pretty bad at home, and if she can help, well.

The bear comes back and she climbs on his back, and they travel far and far and far away, to a beautiful castle in the snow. And the bear goes off to do bear things, and the girl goes to the fancy bedroom provided. Night falls. Sleep falls.

And then, the door opens. And then, some dude gets into bed with her. And our girl, she just rolls with it. Like, okay, I’m in a magic castle with a talking bear, hundreds of miles away from everyone and everything I’ve ever known, and now there’s a strange man in my bed. Whatever.

I dunno. Maybe she’s thinking, well hey, at least it’s not the bear. Maybe she’s just too freaked out to react. Who knows?

I mean, okay, they’re definitely having sex, because that’s just how fairy tales work—they never spell it out, but the implication is always there.

Anyway. Most of a year goes by. Girl gets homesick. Talks to bear. The bear is a pretty cool bear, because he’s like, “Yeah, sure, but you can only visit for a month. And also, um, please don’t talk to your mom alone?”

Now me, I’d think that last bit was a little sketchy. But our girl figures it’s a pretty good deal.

Her mom, on the other hand, her mom agrees with me. Sketchy. And of course, she manages to get her daughter alone eventually. And then she fids out about how her daughter is spending her nights.

In a move that will eternally villainize her, as it has countless other concerned fairy tale parents, mom objects.

“You’re sleeping with a strange man every night? You’ve never even seen his face? Are you even using protection? Did you listen to none of my lectures about safe sex and stranger danger? This is not okay. This is really not okay. Here. I’m gonna give you a candle and some matches. And the next time this creep shows up in your bedroom, you’re going to wait until he falls asleep, and then you’re going to light the candle and figure out what you’re dealing with.”

So when she gets back to the castle with the bear, our girl listens to her mom and lights her candle.

Then the hot wax gets to him, and the cute guy wakes up.

Turns out our boy is the enchanted talking bear, and he just had to get through one more month of sleeping with this girl while providing no information about himself, and the spell would have been broken and he could be a person full time again.

But now the girl, having exactly zero information about what was going on and what was expected of her, has screwed up. So he has to go to a land east of the sun and west of the moon to marry his evil troll stepmother’s evil troll daughter.

Stepmom comes, boy and castle disappear, girl is left alone in the snow. End Part One.

Posted by Halfway to Fairyland at 8:17 PM No comments:

Email ThisBlogThis!Share to TwitterShare to FacebookShare to Pinterest
Labels: asbjornsen and moe, east of the sun and west of the moon, fairy tale analysis, fairy tales

This is Wendy Darling. Named, of course, after Wendy Moira Angela Darling, she of Peter Pan fame. Wendy is a border collie, which means she’s too smart for her own good, and in possession of boundless energy.

She’s fantastic, and I love her. Also, I’m so incredibly tired. My original plan was to use her name to sort of transition into talking about Peter Pan. But you’ll have to settle for cute puppy pictures today. 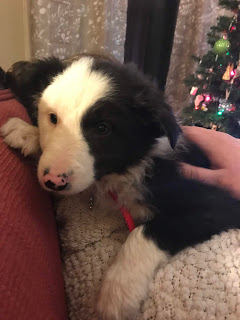 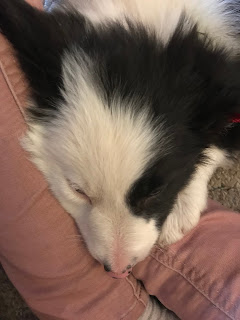 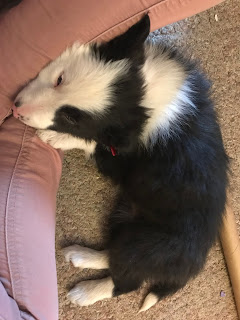 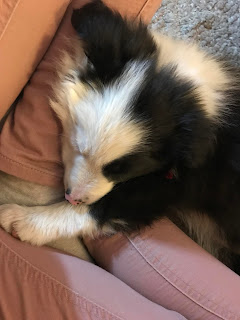 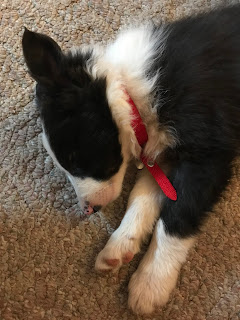 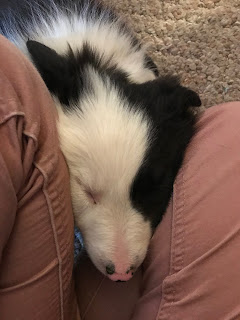 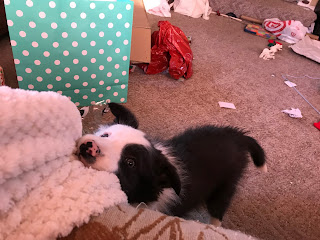 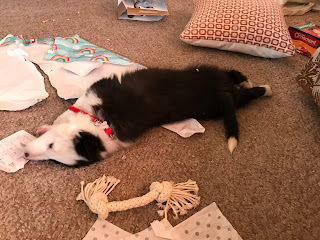 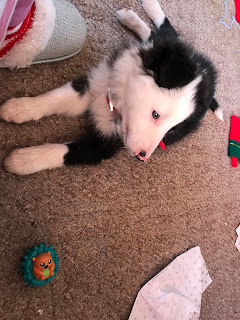 Posted by Halfway to Fairyland at 7:12 PM No comments:

Sex vs. Romance: The Cultural Shift in Folklore

I think it’s fascinating, how we simultaneously sexualize and sanitize our fairy tales. What we’re ultimately doing, of course, is romanticizing. We move all of the sexual elements to a part of the story where they have a point.

Fairy tales aren’t, at their core, romantic. There’s a certain practicality to folklore—these are stories spread and shared among poor, working class people, often women, and they’re about success and survival, not love.

Well, familial love, perhaps, but the unions with royalty are seldom about anything as impractical as romance. Which is why the princes and princesses often aren’t likeable people.

Marriage in modern American culture is inherently romantic. Which is why these stories seem so bizarre to us. He’s going to live happily ever after with the chick who decapitated his brothers?

No women, in today’s variants, lose their virginity when asleep or, worse still, dead. No children are lusted after. But we’ve added a new component to the story—true love’s kiss. There’s no more senseless sexual violence. The romantic element serves an actual point.

Understanding the original cultural context is important, sure, but it is in the nature of folklore that the cultural context is constantly shifting, along with the details of the story. I think it’s stupid, frankly, to complain about the Disney-fication or whatever. Oh no! The protagonist gets money and power, AND she gets to spend her life with someone she actually likes! No one even got raped. How terrible! What a betrayal of the great tradition of storytelling!

Get over yourself, man. After four hundred years, these characters deserve a real happy ending.