Hey. So we'll be back to our regularly scheduled programming really soon. I'm almost finished with a post about Donkeyskin. But in the meantime, I just wanted to let you know that all of my books are now officially available in Nook format. You can find them over here.
Posted by Halfway to Fairyland at 2:59 PM No comments: 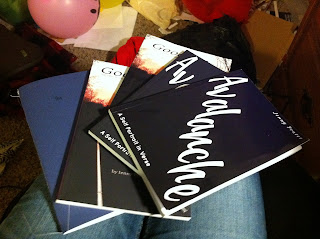 You all know the drill, right? Standard element in a lot of stories. Chop down the forest with an ax made of glass. Sort out the different kinds of seeds. Empty a lake with a spoon.

This isn't actually a post about folklore. Sorry. I'm here to talk about impossible tasks in real life. That's right: it's another Shameless Self Promotion post. Sorry again. But only kind of.

Today I'm here to talk about the impossible task - the many impossible tasks - of being a writer. See, first you have to sift through all the different words, all the ideas, all the stories, and pick the right ones. Then you have to actually put them on paper, which is harder. They change, see, on the way from your brain to your hand, even when you've got them all thought out just right. It's like sorting out flour and powdered sugar. Like herding cats.

(Someday I will successfully herd my cat. But that's a challenge for another day.)

After you get things on paper, you still have to change the paper, again and again until it comes close, at least, to being the kind of thing you thought in was when it only existed in your head. It's weird, and it's hard. When I'm still in the process of writing, I tend to get scenes and fragments sort of stuck in my head, just running in an endless loop until I finally get down the whole story they belong to, just right. Sometimes it's nice, comforting, having a good scene as a background to your life. Sometimes I put off writing so I can keep a good scene.

But sometimes you get a bad scene, and it follows you everywhere for hours, and it's terrifying. Once, in high school, I nearly started crying in science class because in the back of my head, I'd been watching a character die over and over again for hours.

I got a few weird looks.

And here's the important thing: all of that is just the beginning. The easy stuff. You've gotten the words from your head to your paper. Now you've got to get them to other people. That's the hard part. Because it takes time, and it takes energy, and money, and a certain belief in yourself that can be hard to maintain. Forget emptying the lake with a spoon. This is where you walk into hell to get Persephone's beauty in a box. This is the final test.

I like writing poems, and I love that people like reading them, too. And the blog posts about fairy tales? Well, there are few things I enjoy more in life than screaming into the void about fictional people being idiots.

But I want to do more. I am doing more, actually, and I would love to get to a point where it can be a bigger part of my life.

I write novels. Writing novels has been the main thing I've done with myself, I guess, since I was about sixteen. And I'm not going to send these novels out to agents and publishers and the whole shebang. I love the publishing industry. I mean, I really love it. My big goal in life, since I was eighteen, has been to be a publisher, to have my own small press and to share stories with the world. My own stories, of course, but also everyone else's.

So here's the deal: I currently have three poetry collections out. One without an ISBN, two using ISBNs from Createspace. That means that when I sell a book, Amazon gets money too. And that's kind of where things need to be in my writing career right now. But I don't like it. I think that Amazon is pretty bad for the publishing industry, and I don't want to support that long term.

So as much as I want to write more, to publish more, I'm waiting. ISBNs cost a lot. But once you have them, you're in control. You aren't being published by Createspace or Lulu or whoever. You're really, entirely, being published by you. And that's important to me.

So I'm here, asking you to help me drain the sea. Because it's not the kind of thing you do alone. Help me to become an author and a publisher. Help me to publish my own books, help me to publish other people's books, and help me to achieve the financial security to devote as much time and energy to these things as I can.

I have three books out. Goodbye and Avalanche are available on barnesandnoble.com. And on Amazon, but if you can, I would appreciate you using Barnes and Noble instead. thin is available on Etsy. All three are available for Kindle, but I'm currently in the process of getting Nook versions too, and I'll let you know when that happens. I know a lot of people don't have Nooks, but if you do have any compatible device, the Nook versions will cost you less, and pay me more, than the Kindle versions.

Next, I have a Redbubble account. I haven't entirely gotten the hang of it yet, so it might be kind of lame, but if you want to see something, I'm definitely up for suggestions.

And then there's the big one. Patreon. And this is the simplest one for you guys, by far. It doesn't take a lot. Just a dollar a month, and you'll be helping and supporting me so much.

So here are the links:

And finally, thank you for anything you can do to help. The thing about all the most impossible tasks in folklore is that they are possible, as long as you don't do them alone. And I believe that's true for the real world, too.  Together we can do great things.

Posted by Halfway to Fairyland at 10:14 PM No comments:

One of the poems from my new book, thin. Check out the rest here!

it’s not just a shoe you have to fit
one quick cut at the heel or toe
no, it’s all of you
a whole damn body of too big,
of nothing right, of second place

cindy, sweetie, you don’t need
to be this way
your stepmother loves you
she never meant to be mean
when she called it a mistake
falling for that boy
who remembered your dress size


but forgot your face
Posted by Halfway to Fairyland at 7:28 PM No comments:

I always love when Kristin from Tales of Faerie mentions me!

Posted by Halfway to Fairyland at 10:35 PM No comments:

Email ThisBlogThis!Share to TwitterShare to FacebookShare to Pinterest
Labels: *#@% You Mary, Sexual Abuse in Folk Traditions, shameless self promotion, tales of faerie

Posted by Halfway to Fairyland at 6:29 PM No comments: 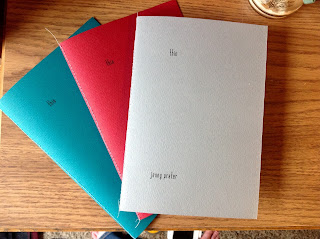 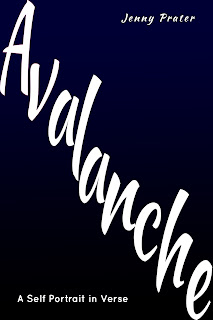 Avalanche: A Self Portrait in Verse 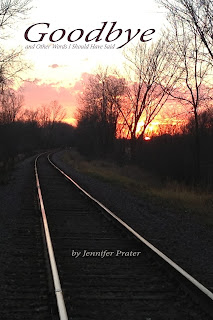 Goodbye and Other Words I Should Have Said


Posted by Halfway to Fairyland at 5:16 PM No comments: